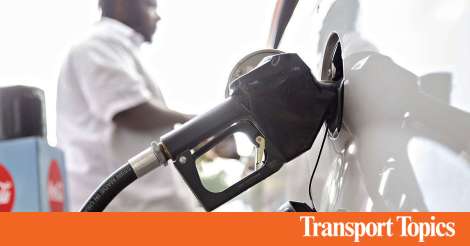 The U.S. is considering another release of oil from its emergency reserves as prices continue to surge after Russia’s invasion of Ukraine, people familiar with the matter said March 25.

The specific amount is being discussed among top aides to President Joe Biden, but it would likely be more oil than the 30 million-barrel release announced by the U.S. this month in an effort coordinated with allies, according to one of the people, who spoke on the condition of anonymity to describe confidential discussions.

The U.S. and other major economies this week discussed oil supply and the potential for another round of releases, Biden’s top national security aide said, raising the prospect of new government intervention to ease supply strains.

Perplexed at the Pump? What makes up the price of a gallon of Gas? Our AAA gas price experts are here to help you understand. pic.twitter.com/aNRhjo1boy

Asked for comment, a White House spokesperson said Biden is very concerned about gasoline prices and wants to do what he can to mitigate them. A number of ideas are on the table but no decisions have been made, the spokesperson said.

The consideration of a new release from the reserve comes as the U.S. national average for retail prices is above $4 a gallon, with near record-high prices raising political alarm bells for Biden and Democrats heading into the midterm elections. The average price for a gallon of regular unleaded gasoline was $4.24 March 24, according to auto club AAA.

The previous release was coordinated with member countries of the International Energy Agency to collectively release 60 million barrels, but it had a limited effect in bringing down oil prices.

National Security Adviser Jake Sullivan said earlier March 25 that oil prices and tapping emergency stockpiles were discussed in sessions March 24 in Brussels, where Biden met with NATO, Group of Seven and European Union counterparts. It came up in particular with the G-7, where it was a “major topic of conversation,” he said.